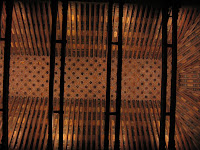 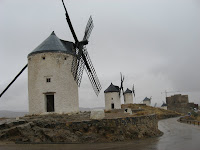 View of 16th century windmills on the way to Toledo from Ubeda. Don Quixote thought these were giants of course and they certainly are large enough. 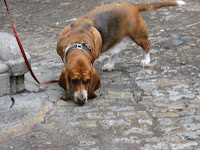 Basset on our city tour of Toledo 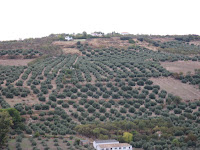 View from Ubeda looking at the fields of olive tress that stetches as far as the eye can see.
Posted by Jack at 12:50 PM No comments: 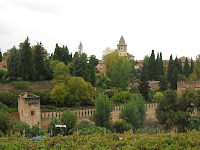 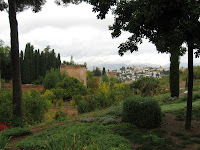 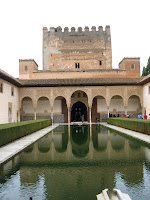 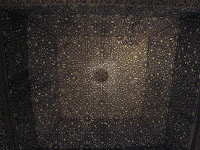 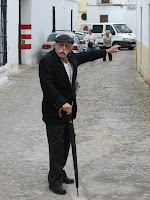 Our guide in Ronda, Diego
Had a tour of the old city this morning. Very interesting tour guide named Diego. Lots of witty comments along the way. 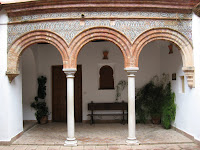 Patio lined with Moorish Arcades.
Went into the Church were styles from the Moors, Gothic, Renaissance and Baroque were exhibited. 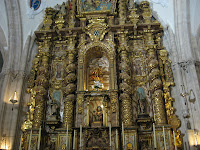 Really spectacular Baroque alter.
The Bull Ring was quite the thing. It dates from the 18th century but is still in use. It is completely circular and the spectators are really close to the arena were the bulls and matadors play out the drama. Diego explained to us the this was not really a bull fight as the outcome was certain, the bull would die one way or another, and it would only depend on how well it was done. It turns out that Orson Wells and Ernest Hemingway attended bull spectacles here (not at the same time). The Mediterranean Sun Coast is close by and the VIPs come over to Ronda to see the bull fights. 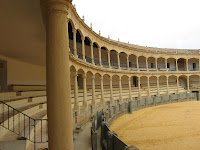 Section of the Bull Ring.
Our Parador (hotel) as situated right on the edge of the gorge. We walked down into the ravine, great view back up at the "New Bridge" and a waterfall. From the down in the gorge looking up gave a nice perspective of the location. 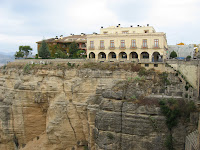 Parador a the edge of the gorge. 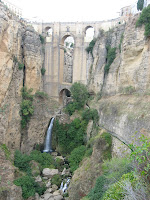 New Bridge (18th century) from down in the gorge.
Parador is located on the upper left edge.
Posted by Jack at 12:59 PM No comments: 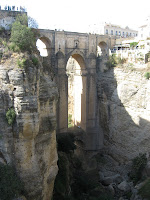 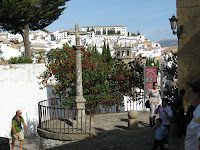 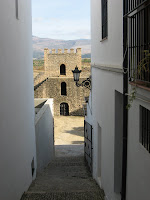 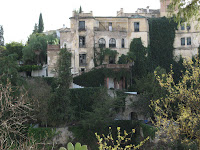 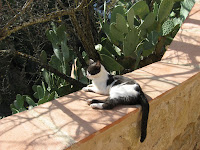