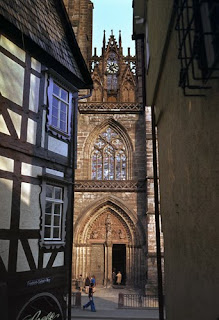 Recently I was reviewing photographs made in (then West) Germany during our stay in Göttingen in 1971-73. The activity was for the purpose of scanning color transparencies so that they can be more available, easily printed with digital printers, and to evaluate the photographs to determine if anything of current interest might be hiding there.

In several instances I found I could use Photoshop to combine two images that had been made because my camera could not take the entire view. One instance, the facade of a church (Elisabethkirche in Marburg), one of the upper portion and the other of the lower portion were combined into a single image. The field of view of my Mamiya twin lens camera was not wide enough to encompass the entire facade(with 80mm lens). Using the digital techniques I was able to put the images together to show the entire view. 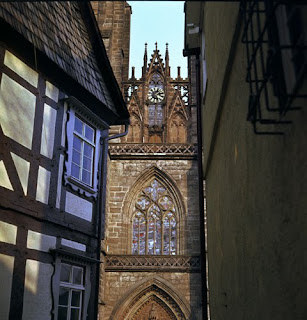 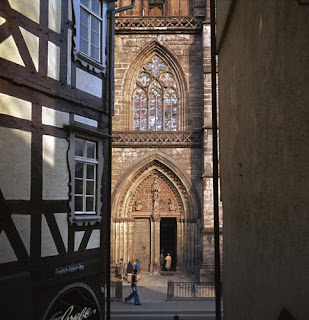