In Ngorongoro there were numerous Spotted Hyenas looking and laying around, certainly enough to make a pack or two.  When in Serengeti at the tented camp an escort from the kitchen area to the tent was required after dark.  Using a flashlight the escort scanned the bush and a retro-reflection from Hyena's eyes were seen although we never saw them in the daytime in the camp.  The Jackals in Ngorongoro were very agile, they appeared and then were gone into the bush.  The Serval cat was a surprise.  We watched him approach along the road and then head into the bush, pouncing on some small prey. 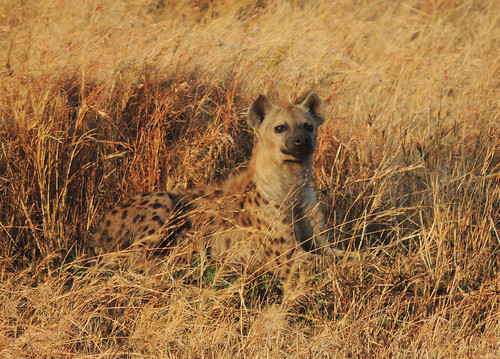