There were huge herds of wildebeests in Ngorongoro, grazing and heading for the water source in the crater.  From the crater rim we looked at a vast plane with lakes and rivers but little evidence of wildlife.  As we descended more and more of the wildlife were apparent.  The extent of the wildebeest herds became apparent and they made a striking contrast against the mass of flamingos on the lake.  There were also a lot of spotted hyenas just laying around (or waiting opportunity) and jackals prowling, and of course wild looking birds among a great host of other animals. 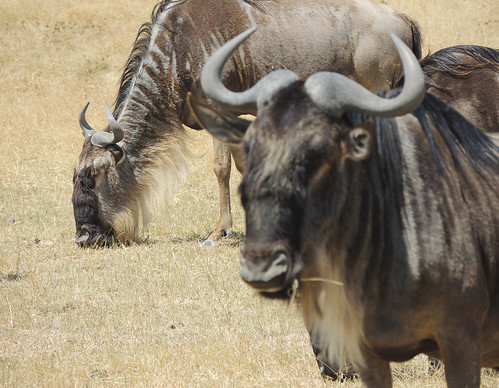