The Maasai heritage is famous for the view that God gave them all of the cattle in the world so they have a right to take any cattle they come across.  The rustling tendency apparently has now disappeared.  The Maasai maintain their herding way of life, with cattle, goats, and sheep in flocks over a large expanse of land near the safari areas.  The flocks are taken out for grazing and water during the day and then returned to the village and kept in protective pens (against predators).  It seems many of the herds were tended by children.  During our visit to a Maasai village all of the live stock was absent as were most of the older children.  The Maasai are known for their colorful dress, their dancing and high jumping(for men). 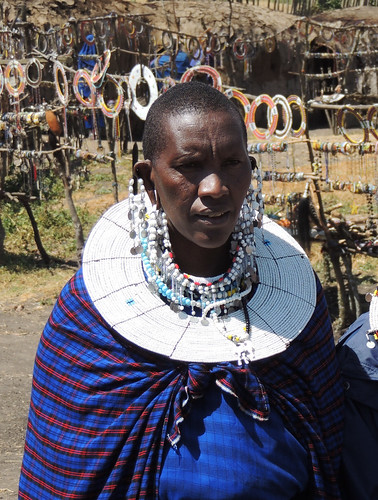